Those who laugh frequently in their everyday lives may be better equipped to deal with stressful events. People who laugh daily may be better equipped to deal with stressful events, according to new research from the University of Basel published in PLOS ONE (July 9, 2020).

The researchers from the Division of Clinical Psychology and Epidemiology of the Department of Psychology at the University of Basel conducted a  longitudinal study in which an app prompted participants to answer questions eight times a day for 14 days. The questions related to the frequency and intensity of laughter and the reason for laughing, as well as any stressful events or symptoms experienced.

The study's lead authors, Dr. Thea Zander-Schellenberg and Dr. Isabella Collins, then looked at the relationships between laughter, stressful events, and physical and psychological symptoms of stress (such as headaches or restlessness) in subjects' daily lives. Their analysis was based on data from 41 psychology students, 33 of whom were women, with an average age of 22.

They found that in phases in which the subjects laughed frequently, stressful events were associated with more minor symptoms of subjective stress. But when it came to the relationship between stress and intensity of laughter (strong, medium or weak), there was no statistical correlation with stress symptoms, meaning that the insensity of the laughter doesn't appear to factor into how someone deals with stress. "This could be because people are better at estimating the frequency of their laughter, rather than its intensity, over the last few hours," noted the research team.

"Future studies need to replicate our findings in order to test the model’s robustness," added the researchers. "A future ... design might include wearables with reliable sensor technique to assess physiological symptoms of stress at the moment of occurrence, such as pulse rate or skin conductance level, possibly in populations experiencing high levels of stress in their daily lives."

Pandemic Stress Is Hard to Beat, Even with Exercise We've got tips and tricks on how you can cut down plastic usage in your spa.
Apr 9th, 2021 Why Turmeric is an Ayurveda All Star

The healing benefits of turmeric as an Ayurvedic ingredient.
Apr 9th, 2021 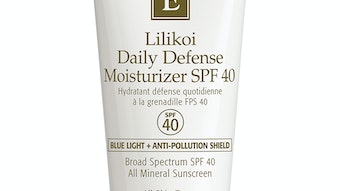 Two Anantara Maldives locations have introduced a resident naturopath and nutritional therapist to their wellness programming to help guests with their overall health.
Apr 2nd, 2021 Healthy drinks are all the rage in wellness, which means your spa may need to update its beverage menu.
Apr 1st, 2021 Osmosis Beauty is donating $12,000 to The Thirst Project, which will provide 500 people with clean water for the rest of their lives.
Mar 31st, 2021 Clients will be happy to know that a recent study confirmed that the consumption of leafy greens isn't just good for health, but also good for muscles.
Mar 30th, 2021
Follow Us
Most Recent